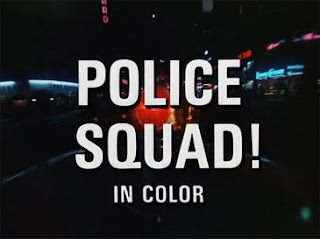 Somewhere in the downtown fog of New York (there was a beginning worth repeating) and an over keen policeman was making a violent arrest. Luckily it wasn't his neck that was on the railway line. It was a suspected armed hoodlum. Frank Drebin relished police evidence, he even took a selfie. He had his own Instagram page but his Facebook profile was for his own eyes only. Now the trial was in the street and the costs of obtaining lethal injections were sky high. What was an overzealous law abiding enforcer of the law to do? Judge Drebin knew a firing squad was a cost effective solution in these torturous and pre-emptive strike days. Thank god for electric railways. He was keen for no baggage and he never wore a mask, it would mess up his hair. He looked into the killers eyes and then he looked away from the mirror and took aim. Before he could pull the trigger, from out of the fog appeared three armed buccaneers uttering the fatal words, 'Dead Men tell no Tales'.
“Somalian Pirates, that's all I need on a Tuesday morning at the start of a long shift” Frank looked for a quick exit..the sink hole was his best option. There was no plank but the spring board would do. He took a leap off the pier and took a dive. Times were tough. Luckily he still he had time to throw his hat into the ring for the next presidential candidate and it wasn't even hign noon.
She was a fine looking woman, she had curves in all the wrong places but that didn't matter right now. He would grow to love her, they would spawn a new breed of cop. Chappies, Robocops, iRobot’s; A.I. Intelligence was only a laptop love away. It would all be the same until yet another ED209 came to upset the meeting. He knew it wouldn't last. He loved to update her which was easy with the hair she had. But her software was real soft and her hard drive was a rollercoaster to ride. Man she had spirit. He would call their children Chimera, a lethal combination in a world already tumbling through crazy emotions of emoticons.
Either way it was deadly. Worse than the 60's as bad as Nixon and as ruthless as crack on a Sunday afternoon. Eventually it would spoil his dinner, cretins were high on creatine and his croutons never tasted the same. Somehow the country weaponised drug cartels in Mexico, gave millions of dollars to glove puppets in the Middle East (Kermit the frog was endemic) while the kids would enjoy Afghan heroin. Hell, what did he care? That wasn't even in his jurisdiction, but he liked to cast his net wide. The internet helped and night time fishing was a sport he relished.
It was time to stop watching Quentin Tarantino's Death proof and to ride ships mast again for the beginning of new episodes of POLICE SQUAD! ..a bit the same.. older, reckless and none the wiser..the grime of crime had got mixed up in the pot and now the law was the criminal. How did the shit hit the fan so hard it knocked a whole team of supporters off the Yankee stand? Where, when and how did it all go wrong?

INTERIOR  – Sometime between now and re-reading this..in the virtual fog of words

Frank Drebin : It was like any day except this time I was in the wrong place at the wrong time I was at the chiropodists when I had an appointment with my psychiatrist. How? I can never remember but then I always had a lousy memory until I had Hocken with me for company...

Frank Drebin: I don't recall but everytime we played cops and robbers I used to question him for hours and he wasn't allowed to know my real name for security reasons.
Ed Hocken: Man that's torture for a kid and being so alone...
Frank Drebin: To be down that low and deep in the hood as an Ownly wimpy kid was kinda scary
Ed Hocken: Was it a dark wood?
Frank Drebin: Only at night. I used to leave him there.
Ed Hocken: Wasn't that cruel?
Frank Drebin: The service wasn't great. The Wild Wild Hood was a burger bar just outside the New Forest.
Ed Hocken: Oh..like Where the wild things are ? It's one hell of a story.
Frank Drebin: I haven't written it. But give me a moment and I'll tell you my story. I was a wild kid and it showed people were scared of me, I felt alienated. I wasn't respected life became oppressive. It was hell living in London and agony for the nanny
Ed Hocken: Oppressive like somewhere between these two paintings on the wall? The Scream by Munch and the Hay Wain by Constable?
Frank Drebin: How did you know my childhood was positioned exactly between those two paintings. I always dreamt I would someday own a screaming monk on a horse.
Ed Hocken: Soft words do it for me every time before bed
Frank Drebin: Soft woods are no good. Got to make them hard. Like Oak instead of Sandalwood
Ed Hocken: Like the aroma from this chair?
Frank Drebin: Sedan...and it's no car
Ed Hocken: Ok I will, thanks. (Ed sits down..you know in an old Sedan chair)
Frank Drebin: It had all the hallmarks of a gifted Turner...
Ed Hocken: Good framing is hard to come by these days
Frank Drebin: And never import swamp wood. Carpenters will always cut corners.
Ed Hocken: Did you used to have pets?
Frank Drebin: No but my uncle taught me to hunt Crocodile in the Everglades
Ed Hocken: You mean Alligators..
Frank Drebin: Yeah...all of 'em.
Ed Hocken: Frank my monster calluses are sore and so is my head from all this snooping around
Frank Drebin: Well rest your head on a nurse’s thigh and she will see to your sores
Ed Hocken: But I'm embarrassed
Frank Drebin: Damn it you're a grown man and she's a woman what's there not to like ?
Ed Hocken: They'll send me to a home again
Frank Drebin: Stop blubbering it reminds me of my Nanny smothering me. Every day she'd tell me to hug tight to her bust.
Ed Hocken: Lucky for you
Frank Drebin: Yeah..she was a talented sculptor had a bronze cast and she was a large woman
Ed Hocken: I miss having a warm breast close to my heart
Frank Drebin: Try two it'll be more fun.
Ed Hocken: I remember those days
Frank Drebin: Women
Ed Hocken: Women
Frank Drebin: Those are our only tales now. You get to my age and buying a luxury goose feather down pillow warmed on the radiator does it for me.
Ed Hocken: How about by the fire?
Frank Drebin: No. It's a smoke free zone now. But I still put on Johnny Mathis..and I get cold smoking outside naked
Ed Hocken: Put some clothes on
Frank Drebin: You can't make love with Johnny Mathis with clothes on. Have you no education?
Ed Hocken: I was educated by Rita
Frank Drebin: So was I. It was a long time ago. By the way, how is your wife?
Ed Hocken: Man that hurts
Frank Drebin: What are friends for? We share a left wheel.
Ed Hocken: Damn it Frank that's my wife
Frank Drebin: She always held her own around the corners and being a four wheel drive she had good grip. A little bumpy getting up to sixty but I liked 'em older
Ed Hocken: You really are a loose cannon I may draw my weapon
Frank Drebin: Getting all artistic now? What is it?
Ed Hocken: A beretta
Frank Drebin: It's always good to express your emotions on an etch-a-sketch 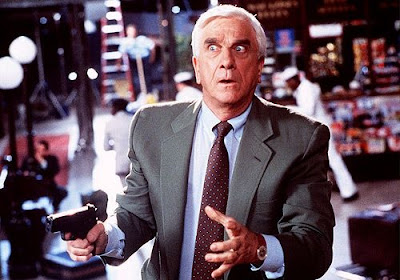 
A group show featuring work from over forty artists to include Paintings, ceramics and sculpture.
After the success of Daniel Orimoloye's Cambridge series Daniel has painted four new pieces featuring Cambridge Bridges which will be on show. There will also be new work by Stephen James, Nikki Sims, Stephen Foster, Lee Herring and Roger Harvey.
We are also thrilled to introduce new artists to the gallery, John Tregembo, Mark Richard Hall, Susan Isaac, David Axtell, Steve Slimm and Jenny Shaw-Browne.

thesaffronwaldengallery.com
Posted by Studio 7 at 12:00 No comments:


Without the EU, there would be no Gruffalo: Axel Scheffler on the prospect of Brexit


Unless we use oars and row out into the middle of the Atlantic....Europe is normally quite near.