Rocks&Boulders: Let's compare music Inside of me

Sitting up straight (on the back of a bus): Super Supergrass (Minichapman)
Jennifers and their Ride influence...Just got back today

Whipped up...Yeah...lost my shape; still waiting, facts are never what they seem to be 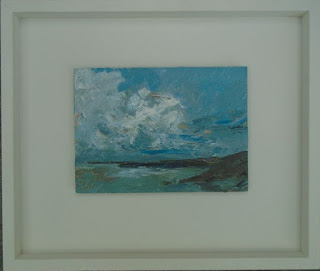 Exhibiting View toward Helford Passage at the Lander Gallery (Truro)
19th April - 13th May
Posted by Studio 7 at 16:00 No comments:

New York City April 9th, 1917 Society of Independents
One hundred years ago...celebrating an artists choice in an 'off the wall' brand new urinal. It is the catalyst by which all modern art is measured...

Le Fountain:  R. Mutt from Philadelphia? Because that's where the initial Declaration of Independence was signed. In Marcel Duchamp's world, there's a time and place for everything. Seeking Independence from the Independents...where else could a 'ready-made' (aided) be conjured from afar?
Via a quick stop off at JL Mott's (Iron Works ) then a Re-sign (get it!) coincidentally by default connecting 2 former capital cities of the US Philly & Trenton. The main plant of JL Mott Iron works was located in Trenton New Jersey with showrooms on 5th Av/17th st. Showrooms in Philadelphia too. Ready to order...whichever town you're in you'd still get the same 'Trenton' make.  (Trenton museum) Duchamp alongside his avant garde clique including Arensberg decided on the piece and it was then up to their 'female friend' Louise Norton to purchase one from a NY plumbers - duly sent to Duchamp & Co.

Baptised by Stieglitz composite water(s) Please call Louise Norton (Schuyler) on 9255
It lay behind a screen for a few days at the Indeps show and then was photographed at 291 Gallery probably over the weekend of the 14th-16th April.  Stieglitz famous 291gallery closed by the end of June 1917. (The last artist exhibition was Georgia O'Keefe April 2nd - May 14th)

From Beatrice Wood (I shock myself biog) - At Marcel's request, Stieglitz agreed to photograph the fountain for the frontispiece of the magazine (The Blind Man no.2). He was greatly amused, but also felt it was important to fight bigotry (bias) in America. He took great pains with the lighting, and did it with much skill that a shadow fell across the urinal suggesting a veil. The piece (photograph) was renamed 'Madonna of the Bathroom'

Stielglitz confirmed the commission in a letter to the art critic Henry McBride on April 19th
'I wonder whether you could manage to drop in at 291 friday sometime. I have at the request of Roche, Covert, Miss Wood, Duchamp & Co., photographed the rejected 'Fountain'. You may find the photograph of some use - it will amuse you to see it. The 'Fountain' is here too.

Hoo-ha in reports were named as : 'Tulip Hysteria Co-ordinating" from Duchamp & Co. (Re: Tulip mania).
He and his Co. are Co. ordinating the info towards the published 'reporting'

The facing arched rim (top) has a definitive raised brow/lip. Not flat like one of the 'Fountain' reproduction(s). A 'decorative' aesthetic feature that Duchamp would want to negate as this would detract from the context within 'Fountain'.

The four lined holes at the top were probably part of the initial 'flush' holes that would of been on the flat base if it were on the wall. This is a Ready-made assisted Reproduction. One of 8.
The inner saddle 'line' draws on the bicycle wheel piece, it's a basic saddle/straddle play of words

THE RICHARD MUTT CASE
*Van Vechten's (author/music critic/Arensberg arts circuit) letter to Gertrude Stein
This porcelain tribute was bought cold in some plumber shop (where it awaited the call to join some bath room trinity) and sent in...When it was rejected, Marcel Duchamp at once resigned from the board. (Alfred Stieglitz) is exhibiting the object at "291" and has made some wonderful photographs of it. the photographs make it look like anything from a Madonna to a Buddha"

BUDDHA OF THE BATHROOM : Ironwork enameled
A buddha is also non-gender orientated. And water symbols calmness and clarity where Buddhism seeks spiritual enlightenment from seeing the reality of unreality.
Water was a common trait in Duchamp's work his wheel upended from earth/water upon a stool Peda-stool/pedestal), Bottle rack, 'snow' shovel, hat/coat rack for the remnants of protection from the elements, water(s) of the fountain to his eau de voilette later in 1921 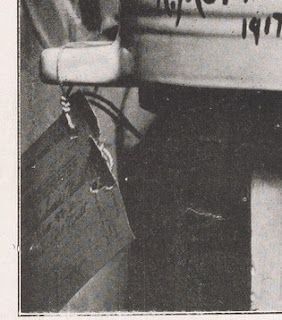 Marsden Hartley:  'The Warriors' (painted onto copper) No doubt the Teutonic armies marching on caught a period of the times as America had joined the War on April 7th. Denoting a sense of movement these act as an abstract form set against the white curves of the sculpture. The buddhist motif was evident within his Portrait of Berlin which Stieglitz would have been familiar with.

Characters that exist...within the mind of an illustrator...two dimensionally brought to life on a B/W strip cartoon. Hundreds of Mutt & Jeff animations were produced with Fisher having full copyright. (Before any such movement from Steamboat willy) A concept brought to life. Both characters liked to bet on the horses...
BUD FISHER the illustrator making a mint from the strip on $150,000 a year could be viewed as Richard...the money grabber?! Duchamp said that Richard is the french slang for 'money grabber'.

In 1924 Duchamp put a bet on Mr. Mutt (Bud Fishers colt) in Baltimore (it came second by a head) after that he was rich...


HIGH (brow) & LOW (brim) ART
IF you haven't got the private joke yet...it's the way you tell em I guess. Just checking the ground before the race to see what the condition is...

Here is the floating/hanging urinal in his studio. He is faded and ghostlike - alluding to the 'ready mades' inner substance of his being. Photography was crucial to his world and the angle of the room is placed off kilter in design. Here you can see the original 'flush' holes for the plumbing.
His three S shaped bentwood hat rack as seen suspended is the true 'master'. Whereas the reproduction is taken from the shadows cast from his own perspectives. The hat rack then becomes a 'new' sculpted form.

Rallying call: from Princess X to objects dard dard - where is the soap?
1st Annual Exhibition: Beginning with the letter "R" (Not in any way connected to the Armory show)
The Independents show in NY wanted to be as weighty and to be en par with the Salon des Independents in Paris. Duchamp being one of the many NY Directors had a hand in its procedure and was part of the hanging committee. In Paris in 1912 his nude descending a Stairwell was rejected by the very same Salon des Independents. (Although it was shown in other cubist galleries)

Within the show were sculptures by Duchamp's brother, portraits by Picasso, works by Matisse, Georgia O'Keeffe, Edward hopper, George Bellows, Rockwell Kent, Signac...out of 1,200 artists just over 400 were female & 800 male

This piece has a Buddha temple shape and her love of the eastern arts permeated throughout her works.
P B T : THE BLIND MAN is a manifesto of intent direct from 33 west 67th st. Home of MD & the Arensberg's. (Issue 1 no doubt sold at the exhibition itself) This copy is to be read as a witty educator to the 'art' going public. Issue 2 is the NEW art. By what is said the editorial contributors in essay, opinion and wit. In a case by case scenario (Fountain) and found in poetry the artists, writers, and photographers re-evaluate, assess & align themselves as new emerging modernists. 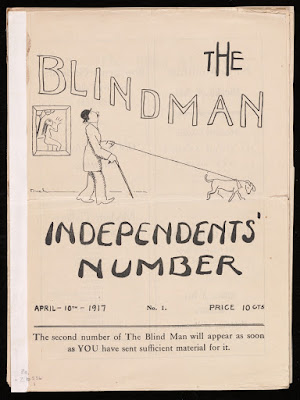 Blindman 1 (Yale/Ed library)
'The 'no jury' system, then ensues a chance to exhibit the artwork of every school, and as a matter of fact, every school is represented at the salon, from the most conservative to the most radical'
XIX
'There are fine collections in New York there are people who understand Modern & Ancient painting as well as anything else in the world. They are few. For the average New Yorker, art is only a thing of the past. The Indeps insist that art is a thing of today'