Alongside the Inland Festival with the 'Future of Redruth' as it's theme.

After the tragic news this May of a young persons death at a local school.
“Dagmara Przybysz was a beautiful, bright and creative 16 year old student with a very promising future ahead of her. She was passionate about fashion and photography.” said Zelma Hill Head of Pool Academy.
Dagmara, originally from Poland had been living in Redruth for eight years.
A tribute was organised soon after her passing. Family and friends attended with many of them wearing red which was Dagmara's favourite colour.

FRACKING IS THE FUTURE FOR REDROOTH : ROOM FOR EXPANSION , LAND WILL BE TAKEN OFF YOU

Redrooth is twinned with Solnechny in Krasnoyarsk Krai (a federal subject of Russia) Solnechny is a Copper mining town in Siberia
The Krai is among the richest of Russia's regions in natural resources. Eighty percent of the country's nickel, 75% of its cobalt, 70% of its copper, 16% of its coal, and 10% of its gold are extracted here. Krasnoyarsk also produces 20% of the country's timber. More than 95% of Russian resources of platinum and platinoids are concentrated in the Krai.

Solnechny represents one of the largest copper reserve in Russia and in the world having estimated reserves of 1.92 billion tonnes of ore grading 1.17% copper

Our beloved leader gives YOU the people's of Redrooth the opportunities to live and work in exile in Siberia. Futures investment contracts have been banned. Collective socialist oligarchs have risen from the ashes to form a newly risen Red Phoenix of wealth & exploitations.

RUSSIA. The Red State helping you to become a member of the European People's Republic.

Mains
'Let's paint the town red' burger : Hot & Spicy with lots of chilli
'The Real del Monte Pastes' aka Hedalgo's (ditto as above)
'Kiddleywink fries' available as a side : Small, medium or big
'Badger hole' Like Toad in the hole but with a Cornish sausage with red-eye gravy

Pudding
Blackberry Espandades : Real mexican flavour with a hint of chilli
Red Ruth Choc-o-bomb : Like Death by chocolate but packed with Cornish strawberries

Vent Tea (geothermal) : There's plenty of water down 'ere and it's hot! We've put it in a cuppa...the old way via a windlass

A CELEBRATION OF ALL THINGS RED : Red River Day REDRUTH

A Carnival atmosphere radiates from the town as folk both young & old dress in Red and herald in the summer. Local chefs cook all things Rouge and with it come the famous Red Pastes which are a unique delicacy common to this area of Cornwall. Students from the college & artists create 'the Indian Holi festival' & everyone puts on their red shoes and dances to the music of the day.
Redruth in Bloom is very much a family affair until the night draws in and the revellers eager for the local Red River Ale, Moonshine Mine Ale and Ruby Jack cocktails enliven the balmy evenings air into a joyful rowdy mix.
As a visitor to the day(s) festivities you get a real sense of the impact migration had and it's a global contribution to other communities and nations wealth. Redruthians and the Cornish celebrate the culture that they witnessed by their forefathers. The exotic stalls of foods, song and dance reveal the extent to which the travelling Cornish emigrated.
'Cousin Jacks' are the branch of local wrestlers who hold championships around the world. And they put on a fine performance. R.E.D the local rock band making headline news with their new video 'casablanca' are a hit. The open air stage is all set for tomorrow's Play '$10 dollarhouse' exported from the USA. A tale of friendship and determination to revitalise a town with a restoration project. It's this dogged determination and true grit that have helped the spiritual fortunes spread to these pioneers of the west.
Today you get the impression the new solar parks, geothermal springs, technology Industry, colleges, locally sourced and international foods (Nathan Outlaw's Mexican themed nights in Redruth on fore st come highly recommended) all garnish a recipe that sends out a positive legacy for the future.

THE ASTRONOMERS VIEW in 2070

Cornwall's desire to dig deep has paid off over the last fifty years and now progressed into the heavens of Space.
The collaboration with the European Space Agency and the SDSS Institute in mapping of the Universe have all helped to internationalise the scope of work here in Cornwall's Heartlands.
Unique metal plaques that map the universe adorn local classrooms (each hole represents a known galaxy – thousands of these plates were made & distributed to other countries)
The mining expertise has again come to fruition as two Cornish 'space pioneers' have achieved their ambitions to 'mine' asteroids. Michael Trewith and Mowenna Bassett space scientists and engineers at the science park (Redruth University Bristol) who helped to land Europes seventh spacecraft on a comet have recently come back from a visit to the Earth Zone Centre in the USA where flights to and from the Moon have garnered interest in attempting to exploit the minerals of our closest neighbours.
'This has been our dream since we first saw the landings on Mars and to travel in Space. Tim Peake was an inspiration to me back in the early days of the 21st Century' explained Michael. They both fund a research centre devoted entirely to the exploitation of the asteroid belt.
'We want to create a positive outlook to the World situation as our natural resources here on earth have plummeted. And to expand our horizons by being the first venture (jointly run via the Space hub of the UK) to capitalise on these floating assets high in ore, zinc, gold and titanium' said Mowenna.
There will be a competition for a few lucky children to experience weightlessness at the Space centre. Just one of the ways they hope to inspire a new generation...

Redruth is (really) twinned with Real del Monte in Mexico and the Cornish introduced football and built a Cornish tower on a Mexican Church. And In the USA at Mineral Point Wisconsin 'the Badger state' where miners would dig out their temporary 'digs' from the hill sides and dig small ‘Badger holes' as they were called to find the lead. And so the Cornish gave the name to the state.
In Mineral Point USA there is a graveyard with many Cornish graves - these have all been placed to face toward Cornwall England UK . Apart from one (A clown) who lived and travelled throughout the Americas...

'Cousin Jacks' travelled extensively from Cornwall to the mountains of Latin America, the Transvaal, India and from California to Canada. Large communities gathered in some areas : the 'Copper triangle' on Australia's Yorke Peninsula became known as 'little Cornwall'; and in the 1890's it was estimated that in Grass Valley, California over 60% of the population was Cornish.
In Bendigo Victoria after the Gold rush, Cornish miners also set to work digging out quartz. They kept goin'

SDSS.org : Sloan Digital Sky Survey. There are opportunity's for the metal discs used in scanning/mapping the universe to be sent to educational establishments.
Zooniverse.org : Allows you to participate in astronomical and earth bound scientific projects
Gallaxyzoo.org 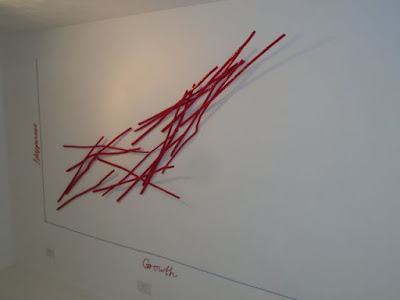 Future comedy...
Comrades of RedRooth are invited to spy on each other and to listen out if anyone is sarcastic about any of the Leaders's of the Communist Party. Anyone found to be telling jokes of this nature will be kept in solitary confinement until further notice.

ps If it's a good one, we might write it down & pass it on to that guy Kim Jong Un